Man And His Relationship to Government 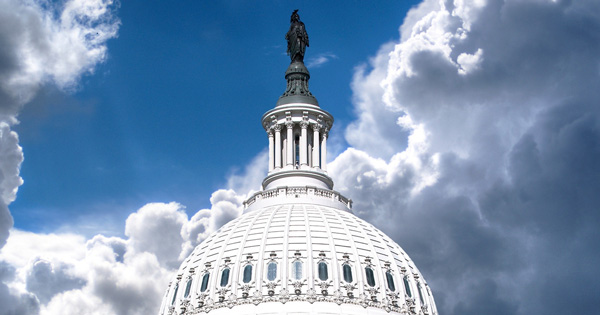 Like so many, I wasn't given a proper civics lesson in school, you know where they teach you about government and how it's all supposed to work.

Politics was discussed in my house but usually surrounded media talking points. Something i'll touch on later.

A few years ago I was deep asleep, going about my business, doing the whole work routine, partying, playing, trying to make a life for myself and not really paying close attention. Something forced me to wake up and take a second look at reality and the nature of things.

What was this wake up call you ask? Well, there were several events but the biggest was a break up of a four year relationship. I lost a girl I loved and cared about. I didn't want to see her go but circumstance forced my hand and sort of drove us apart.

We lived Southern California and were 50 miles from each other, gas prices were steep around $5.25 a gallon in California. Call me cheap but the drive was becoming expensive. I made good money at the time but my gas bill was sucking an averaging $600 - $700 a month, plus maintenance on my car. This was just adding more upset to injury. She didn't make that much so I know it was hitting her in the pockets to come see me too.

All of this caused me to question things. As a commuter I used to listen to talk radio on the way home from work, voices like John and Ken, Michael Savage, and Larry Elder became voices that would arouse the anger in me on my drive home. I hate to admit it but I was a liberal during my party years. When things tightened up I switched to conservative.

The Impact This Had on Dating and Relationships

They say its not a good idea to discuss politics during a date and if you want a date to end quickly, I would agree. But relationships are nothing but politics. It's your politics vs the other persons politics. Might as well put it on the table to see where the other person stands.

My previous relationship taught me this much because my girl and I would argue over things she was getting from her college courses, namely human sexuality and women's studies. We can conclude that women's studies is a foundation in feminism and this influenced her thinking.

Her perspective was shifting and she was getting angry at men and probably me. Her friends who were also on the same wavelength didn't help things either. A battle with her was also a battle with her friends and her radicalized feminist teachers who was a man hater. I found myself on the defensive sometimes being forced to accept poor behavior as a result. These were not happy times and when it was over I was sad but in a way glad it was over.

Moving forward... from those past battles I became resentful and embittered with women. I didn't hate them per se but I began hating the power and influence they had over me. I'll admit, I'm a people pleaser at heart and more so when I was younger. Today, not so much but back then being a nice guy only caused me to grow frustrated.

See, I was confused. Women say they hate jerks and assholes but then that's what they end up with. It was in-congruent in my mind and a source of frustration for a while until one day it all clicked! Thank You David DeAngelo for helping me see the light!

Issues that are confusing at first, in time, become clear. The same goes for government and politics. At first it seems confusing but the more you dig into it, the more you begin to understand it. This brings me to a tangent, distractions are their to keep you from discovering this but this is a subject for another article!

How Does This Relate to Government

I told you earlier in my early years I was liberal. As a liberal I was ignorant and subject to the sway of my emotions. I had always been a thinker but I was sort of lost in the woods and not really finding my way. From the breakup to asking why things are a certain way, this triggered me to become aware of my role in all of it.

Speaking of which, California is a highly liberal state not saying there are no conservatives but birds of a feather flock together. I was told that me becoming conservative is all part of the maturity process. As you become older the things that once use to work for you no longer do. They do not fit and as such must be discarded. The things I'm talking about that needed to be discarded were my previous notions and poor understandings of how things really worked.

When you start getting into government, there's a setup and science to government(s). This is a deep and complex issue that will take too much time to address here (You may hear me on video opine my views on this matter) but what you really should know and start with is reading The Constitution and Bill of Rights. Did you know that here in the UNITED STATES The Constitution is the supreme law of the land? Channeling my inner Biggie Smalls, "If you don't know, now you know!". Those who hold public office would like us to believe these documents are dead but once you read it, then re-read it, and re-read it, your mind will become steeped in it's principles. IT'S THERE FOR A REASON!

If you live outside the UNITED STATES, perhaps your country has a constitution of it's own. You'll have to look that up!

As someone who reads a lot of news, I'm also someone who see's patterns. Right now this country is on the verge of revolution!! Millions of people taking to the streets in protest, at city council meetings putting elected officials in their place is evidence of something pretty significant in my mind. News of Cities and Counties going bankrupt and upon further inquiry the discovery of systemic fraud and abuse. But how did things get this way?

How they got this way is people not paying attention and holding their elected representatives accountable. We have a government that's run amok, likes to start wars, and with the help of main-stream corporate media, works to distract the public at large keeping them ill informed and ignorant of policies that are detrimental to their survival.

If this sounds like I've jumped off the deep end and went down a rabbit hole, let me assure you that I have. The truth is the Red Pill, I've taken it and am glad to have done so uncovering the truth.

How Does Government Rape Us?

The government rapes the gullible public and survives off their ignorance. Go to any courthouse and you'll see courtrooms full of people paying fines as evidence of this.

The right of the people to be secure in their persons, houses, papers, and effects,[a] against unreasonable searches and seizures, shall not be violated, and no Warrants shall issue, but upon probable cause, supported by Oath or affirmation, and particularly describing the place to be searched, and the persons or things to be seized.

Every heard of asset forfeiture? This is where law enforcement gets to confiscate assets, who's assets? Your assets. Then they get to sell them to raise money for their local departments. There's a website I use to purchase things from called "Steal It Back" which is now PropertyRoom.com.

Remember that definition of Rape I gave you in the first article? Here it is again:

Rape, n 4. Archaic. the act of seizing and carrying off by force.

We're supposed to tolerate this just because it's our elected officials and government? I don't think so and neither should you. But how would you know any of this if you never bothered to read The Constitution or the definitions of words?

Hollywood teaches us that acts of aggression towards women is what a manly man does. At the same time, the news media fails to cover incidences of rape carried out by the state. This gives the perception that law enforcement doesn't violate peoples rights and the stuff you see in movies is just in the movies as entertainment.

Sorry to ramble on, I know this is becoming quite long but I'll close this out by tying it back to dating.

What does Rape and Government have to do with Dating?

Men who are on the dating scene vary. I cannot speak for everyone but lets just hedge here and say a good number of them don't know the law, their rights and aren't concerned with the law and the women are just as bad.

When you're out here in the world dating, you have to practice self-defense and protect yourself at all times. One of the ways you do this is by knowing the law and knowing your rights. If you don't know them, you don't have them. To be a man, it's necessary to know your rights. Why? Because it's a mine field out there. Having knowledge of your rights and relationship to Government will help you to avoid a pitfall!

They say "Ignorance is no defense under the law". I've read numerous stories of men getting themselves into trouble and when they tell the judge "Your honor I didn't know..." The judge just slams his gavel down and says "Well you should have!". The deck has been stacked against you and it's not in your favor. So you want to be aware so you can protect yourself and your partner.

What about with dating?

With dating you want to date people or someone who is knowledgeable and intelligent. Why? Because the two of you can look out for each other and better protect one another. If you're just out here looking to get your dick wet, this is of no concern to you but you should still know your rights that way you won't be taken advantage of!

I've witnessed situations where guys were pulled over, with their girlfriends in the car and because neither knew their rights, law enforcement took advantage of them. It's not a fair world out here but knowing your rights will empower you to make it fair-er for you! Rapist target the vulnerable who usually become victims. Rape is about power and opportunity so don't give crooked politicians and officials posing as authorities that opportunity to rape you!

"That's the mark of a great storyteller, never to give away secrets in advance."
— Ian McDiarmid