The Dating Game And How It's Changed... 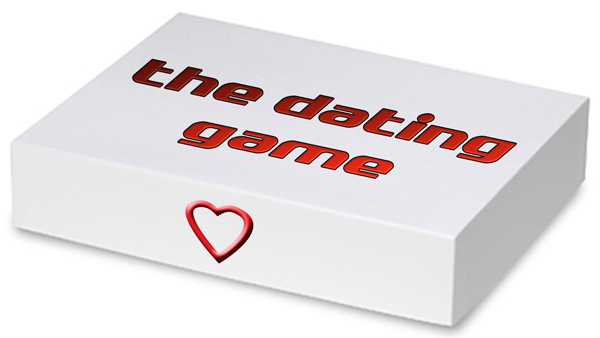 Years ago when I first got started at this, meeting women was a real challenge because it was hard to approach a woman publicly risking rejection and perhaps a bit of public humiliation.

No one wants to suffer that and the thought of it is enough to kill an approach.

Most would do anything to avoid this pain and on many occasion I did just that. Made eye contact, smiled and then went off in a totally different direction. Awkward...

YES! So you see I'm no different.

Internet dating however came along and really changed all of this by bringing the cost of rejection down. What once seemed like placing a huge bet at the Vegas high roller table actually became more of a game of bingo. So you got rejected and didn't win any prize (you know... a date, a kiss, etc), at least you had some fun losing!

And maybe that's the whole point, can you have fun losing? Because if you can, did you really lose?

Over the years my experiences have been trans-formative and online dating has morphed into a tool, one of many that I can use should I choose to meet someone.

My shell of introversion became something I could flip on and off depending on what the situation called for. Yes, naturally I'm introverted. Having this blog, website, videos and a book series might suggest other wise.

I don't care for large crowds and large groups of women together can still be frightening but I've gotten better with overcoming the fear and the fright. I've learned to use it as the wind in my sails to sail in the direction I want to go.

This is what you do when you learn how to adapt and it's something that can develop with time.

Online dating and meeting people doesn't have to be a struggle. It can be fun, real fun and in some cases a little too much fun. It took a while to evolve things to this point but once I learned what was necessary to get what I want all I had to do was apply it.

You see, there is a dating game but it's not what you've been thinking, i'd rather describe what most people think of the dating game as dating culture as opposed to an actual dating game.

The dating game is more of a personal thing because it's really about you and the choices you make, not the whole courting ritual tradition you do with someone.

This is a change in perspective, as David DeAngelo revealed to me, the inner game is where it all begins!

From my perspective, the scene has definitely sped up it's pace. People now have FOMO (Fear of missing out) and no one is taking their time.

Let me be the first to tell you, there's no reason to rush. You have all the time in the world and you're not missing out on anything although the frantic rush might make you conclude otherwise.

You don't have to keep up on all of it and if you take your time things are going to work out in your favor. I've learned that it's all about you and what you do in your space and time that makes all the difference.

So what are your thoughts on the dating game, what changes have you noticed?

"Science is build up of facts, as a house is with stones. But a collection of facts is no more a science than a heap of stones is a house."
— Henri Poincare