The Penis Made Me Do It! 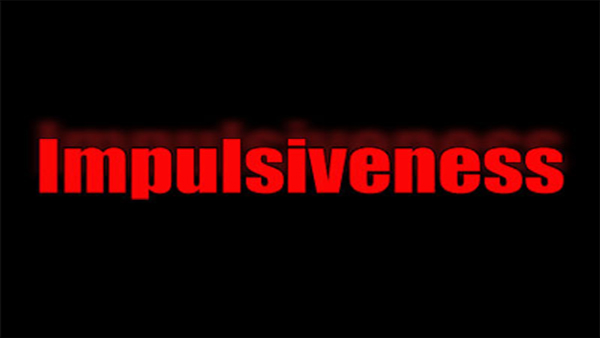 In my youth, I remember wanting an army of smoking hot babes, fast cars and piles of money. I get that many of my ill conceived ideas were formed and influenced by television shows, music videos and some familial influences.

I couldn't wait to grow up because that meant I would get to sleep with women!

This is partially true but very one dimensional.

Maybe you can relate, you just want to bang women. You see a girl and pornographic thoughts start flickering in the mind about what you could do to that girl if you only had the chance!!

I get that, because I've been there, done that. Something about growing older is you're supposed to grow wiser and in moments of reflection you're supposed to see the error in your ways. For those of you younger than me and i'm in my thirties, your pursuit of the poontang is not ill gotten or wrong. But there is a slight problem...

Well, to be direct with you it's a demon that goes by the name of "impulsiveness" the tactic that we use to gain control is called "impulse-control".

Impulsive spending, impulsive behavior, these things are not good and for them we have to engage in some sort of behavioral therapy. I think this is something you can do on your own but it requires being honest with yourself. Can you do that?

You see, I know all about it. I've even struggled against it and lost many times. A one track mind + poor impulse control becomes a recipe for bad decisions or ones that you might later come to regret. You never know the way things are going to work out so this is something that I wish I had learned earlier rather than later.

All I knew is, I have this feeling and it's prompting me to take action, like five minutes ago!!

Being young with your hormones raging, whatever your persuasion a little discipline is needed.

You see all the single mothers out there? Not saying that all of them are irresponsible or bad people. Shit happens but lets be honest with ourselves here, there's an adundance of them and much of those broken families are the result of, take a wild guess... poor impulse control!

Again, nothing is wrong with this. To demonize it is to condemn natural human behavior.

When I was younger, I had poor impulse control and submitted to every whim. My thoughts were if I didn't do it, some other guy would of and it was better it be me rather than somebody else. My logical mind was overrided by the excitement and there was no argument that could tame the beast. It's as if my appendage had a mind of it's own screaming "I gotta have it!!" and I was dragged along for the ride.

I bring this up because I eventually learned to deny my impulses by not acting on them because it wasn't necessary to do so all the time. To do this is counter intuitive but it helped me build a mental muscle of sorts called restraint, which is all a part of self-discipline.

It wasn't easy, it was a challenge but I did it and I've lived to tell you about it because ultimately, if you want to be successful with relationships or multiple partners, practicing control over your impulses is going to work wonders for you!

What do you think about all this, add your thoughts!

"Nothing is impossible. The word itself says, 'I'm possible!"
— Audrey Hepburn