The Reason Why Guy's Aren't Investing In More Online Dates 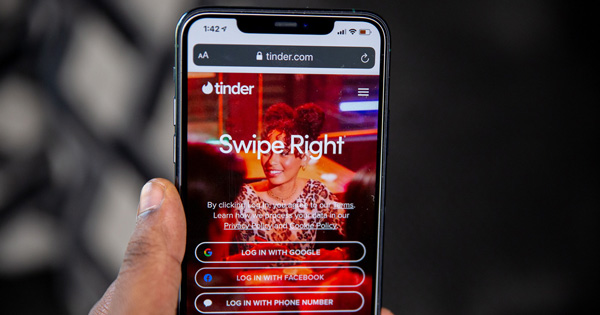 And so I got to thinking about a few choice reasons why. Now this is based on feedback from other men as well as personal experiences from the dating scene.

Okay, so I'm providing five solid reasons each of which I'll explain.

From a nice guys perspective, dating is just the activity that's the prelude to sexual activity. It's sort of a waste of time but a nice guy will entertain it because he feels that he has to go through this process to get from point A to point B. Point B being, you know... that activity we like.

He'll do this until he figures out he doesn't have to do this. For instance, online dating can turn one into a serial dater easily. Having lots of choices and variety can help one have a hard time making up his mind on who to settle with. In order for him to settle, the woman has to standout if not be absolutely amazing for him to notice and even then that can still fail in the end.

Other choices or abundance of variety can lead to FOMO otherwise known as 'Fear Of Missing Out'. While I'm out with this girl and having mediocre time, I could be out with so and so having a much better time. I don't want to miss out so I'll hedge my bets on both and whichever one pays off first, that one I'll most likely spend more of my time with.

I'm giving you a guys thoughts, and some of my own on this whole issue. Now back in our parents day, assuming they were born in the 50s - 60s, in the famous words of Richard Pryor "the great pussy drought of the 50's" so you usually got married and held on for the long haul.

Today, you can throw that out the window. Your chances of getting some are easier to come by. Some women understand this, others don't. The whole point is back in the day, you went through the whole courting process to really woo a woman because she had many suitors. Now that the tables have flipped and thanks to online dating sites, apps and social media, men can entertain the joys of being choosy.

Now that thats been laid out as a foundation for your understanding lets get into these five reasons.

1. Dating takes up too much time

Look, there's only 24 hours in a day. If you work full-time or part-time, you still have other things going on in your life that are a priority. It's not that a woman is not the priority, it's just that you can't become our priority until you're actually ours. See how that works?

While I'm out with you on a short coffee outing, that gives us just enough time with one another to know if we'll be having coffee date no.2 or lunch, or dinner, whatever. The point here is, spending 20 to 30 minutes should be sufficient to figure out if we want more. Right?

2. Dating can be expensive

I don't know about you but after a week of working, my paycheck is divided between paying bills as well as other surprise cost (Radiator takes a crap) that can pop up. I don't know what dollar amount you think is appropriate but I would side on the fact that no dollar amount is appropriate and heres why... Call me cheap but since I'm the one spending the money and my funds aren't unlimited (Oh if there were only an unlimited money code like in Grand Theft Auto... smh) I'm the one who sets the cap. Especially for a first date because there's no rule book that says I need to blow at a minimum $45 bucks just to make sure your belly is full.

If I do so, it's because I like you or maybe I was hungry that night and you just happen to get lucky being there with me. Now, If I'm entertaining multiple women as you can see at $45 a pop that can really add up. So if you want a baller or someone to spoil you, go on Craigslist, I'm quite sure you'll find someone willing to accomodate.

Heck the average box office flick can set you back $55 and that's just to watch a movie!! Cost are going up, people are spending less. Simple economics

3. Women have too many requirements

If you breeze through three of the top used dating sites and look at womens profiles, you'll see a lot of things. Among them a list of requirements that a man should meet before even trying. It's like a employment ad (I have the work experience and willingness to do the work but not the degree...

You see where I'm going here. And before you say it, YES men to have, what you feel are too many requirements. I know I do, fresh breath at the minimum. Is that too much to ask for??

With so many men out there looking and new members joining these dating sites everyday, again the abundance and variety are making it so men can be choosy. Like women use to be! Oh your requirements are too high, i'll just roll to the next person.

4. It's all womens fault

It's not fair, how could I say it's all womens fault? Because women do a poor job of communicating to men what they want. Women expect men to be mind readers. Women expect to be pampered without pampering in return and on and on.

Let me throw in here that this is not all women or everybody. That much is understood but there are a spectrum of women out there that the above applies to.

Look at old television shows, listen to the stories our fathers (If they were around), our grandfathers shared (before they passed on) or anyone who experienced courting in the old days. It was a process, it was long, it was tedious and yes if it wasn't for that process many of us would not be here presently but times have changed. We have it easier.

All that headache and heartache women use to give that would send Shakespeare to the depths of his soul is not even being given a chance to be entertained. You see ladies, each man has his own subjective experience but overall YOU women have taught us men to behave in a way that from your perspective has absolutely ruined what Hollywood tries to sell you as so sweet.

Some of us have stood backed and observed your behavior. Watched you behave in ways which made us question your integrity, character and who you say you are. (Yes, we've done this to you too!) Watched you blow off what would seem like good decent guys only to end up getting used and abused by someone you said you would never go for.

That confusion has planted a seed, or poisoned the well depending on how you look at it. But that seed has set off in many men a no bullshit policy. You've turned nice men into assholes who don't want to play along anymore. They just view you as sexual objects for conquest and stress relief. Women did that!

5. Why Invest more when I can get more doing less?

As a slacker, I use to be one of those try hard guys that went above and over the top to make a good impression. It didn't register with most women until after they left me and dated someone shittier before they came to their senses and realized I had treated them quite well.

One thing I use to observe is with women, they'll want that nice guy after things go to shit like pregnancy and that baby daddy has up and left you.

I've known of guys through family of friends and heard their stories about wining and dining women. Blowing as much as $300 and not even getting so much as a stinky pinky or simple Thank You. It's shit like this that burns men up and makes one consider switching from doing more to doing less because sometimes the answer is subtraction rather than doing more with addition.

The sad part is when a man starts doing less and getting more in return he figures out real quick, he was doing it all wrong before. It's not about what women say they want. It's about what works and when you stumble upon things that work you have no choice but to continue going forward with them.

So to you women who are perpetually lonely and always bored out of your minds because dudes are lame, don't meet all the standards you want. Expecting men to have all the niceties and spoil you while you do nothing in return. Keep in mind, some men will entertain your behavior and ways for a while, but men are waking up. The smart ones are going to say...'Sheeeeeit' and slide on to the next woman that's with it and offering less headache.

So that's going to conclude this article. Now you know The Reasons Why Guy's Aren't Investing In More Online Dates! Agree or Disagree?

"If opportunity fails to knock, build a door."
— Milton Berle