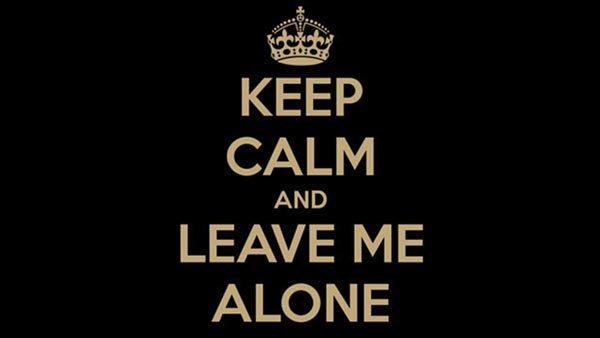 Rejection can be brutal, lets be honest and not kid ourselves "Rejection Sucks" if you're on the receiving end. That means someone else is in control but more on that later.

Sometimes rejection can be a blessing in disguise, this may not become apparent until later. You could be one of those people in a relationship wanting to get out but how?

Or that guy you gave a chance last week who calls to much is just not getting the hint. How do you give him the message so he gets it?

If you're in a relationship and the flame is dying out, it feels like there's nothing that can be done. You'll have to access whats best, try to keep it alive or cut it loose and let it go. This is that part of relationships that presents its difficulty especially if you're not clear on what you want. You just know that on the inside something is not sitting right with you.

Perhaps you don't need any more clarification than that. Why not just go with the feeling and make a move? Because we're afraid of hurting the other persons feelings. This can spring on an individual the 800 lb gorilla of unnecessary guilt and no one wants to feel guilty about how they truly feel.

So the first thing about rejection is finding out what is it that gives us this feeling of wanting to pull away? Is is something that can be resolved in us or not? These are the kinds of questions we really need to drill down to be certain if you're not trusting of your feelings.

For those in longer term relationships it may not be easy to come up with answers to those questions. So the best thing to do is honor your feelings and move forward with a sense of certainty that all will be well. Sure you might appear to be this cold bitchy heart destroyer but in reality that's not the truth.

As a person you have the right to stand up for yourself and feel the feelings you feel. It's just that simple. For those of you not in any relationship of any kind, the dating scene is full of injured players. You'll have to navigate more carefully because you don't truly know the background of someone.

After the first date or a few more you may have a hunch that this person just isn't your cup of tea. Remember you too are entitled to your feelings and you shouldn't have to explain your self away but you should explain that not them but you. In reality that statement means in reverse its not me, its you.

You should strive to be clear in your communications so there is no confusion. Don't worry about emotions as there will be hard feelings but you are not responsible for the others feelings unless you have purposely lead them on.

So whats the best way to reject someone?

There is no best way. It's a tough job and its never easy to look in someone's eyes and tell them its not working for you, or that you're not interested in them any longer. This is the truth of how we feel internally and there's no amount of colorful word-smithing that's gonna make it seem better. Rejection is one of those situations where "It is, what it is." The best thing for the other party involved is to walk away with dignity and respect the fact that that is how you feel.

Sometimes you try this and the other person just doesn't quite get it. They feel you're testing them and playing hard to get, so they feel you're a challenge and wish to try harder. This is not what you wanted but then again you didn't completely shut the door to them. This is why you want to be clear in your communications when it comes to rejecting another person.

As stated above rejection is not easy nor pretty. No one likes feeling like 'the loser' but the only person you have to remain true to is yourself, not the other person. Now that we're clear on that, you understand your position is primary and the other person is secondary.

I understand all that but they don't seem to get it.

They don't seem to get it because, you hear that sucking sound? You've left a door or a window open to them. So revisit the communication, what did you say?

If they don't get it its time to close the door so they clearly understand you. The phone rings, it's him again. What do you say?

You've tried being nice and that didn't work. So now perhaps its time to get mean. How about mean in a nice way?

How about telling the other person that "it's not working for me and I would appreciate leaving it at that. If they ask for a reason, put it on them and let them know that every attempt they make just pushes you further away." Which is the true so you don't have to worry about the weight of the gorilla jumping on your back.

So lets dig into this response. It communicates clearly your position (It didn't work for you) and you would appreciate leaving it at that. It's short and sweet. Sometimes a reason cauterize the wound, by putting it on them they should understand that it is them and that all further attempts will just push things into a negative territory. No one wants to push things into that territory plus its useful to give a reason they can use to re-examine their efforts for the next person.

We hope this helps but if you have something better please contribute.