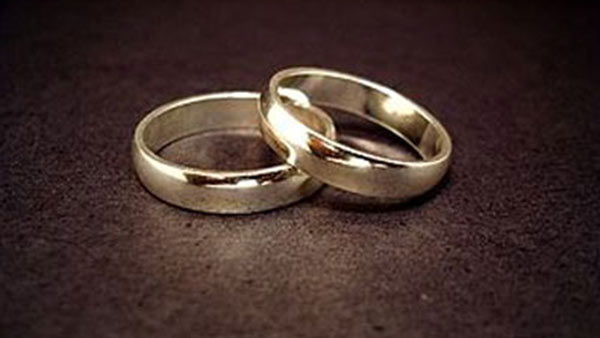 A few years ago when I was young and dumb long before learning to use my head, I was lost and believed in the concept of marriage.

It's only natural when you have a job, make decent money, with your own place and a car.

All it takes is one failed relationship to shake your faith in women, love and relationships. That's what happened to me and so I went looking for another perspective.

I started listening to others who had a better grasp of dealing with women than I did. One of these voices was the man, the myth, the legend, Tom Leykis. Check out his podcast here blowmeuptom.com

I like how Tom stirred women up while simultaneously opening up the minds of his male audience. There are a lot of women who do not like Tom Leykis because of this. After listening for a while, even I began to form new ideas which caused me to question my previous held beliefs.

One such question was, what is the purpose of marriage? What are the benefits of that arrangement for a single guy such as myself or yourself?

So in this article I'm going to address a few questions I came up with and the results with women that followed.

Sell us on exclusivity

Over the years I've witnessed many friends in my circle take the plunge. They seem genuinely happy for the most part therefore I am happy for them, but being single amongst married people can feel out of place but this is due to cultural norms. We'll speak more on those later.

"So when do you plan on settling down to get married?"

My standard response is "When a woman gets clever enough to trick me into such an arrangement."

To which they'll reply, "You're not getting any younger, you better hurry up!"

At this point I hold my tongue and let them feel as though they are right because further response breaks into sermon about the benefits.

I understand if I were to ask them the questions I've asked myself while reflecting on this subject, they might become irrate and dismiss my ideas as plain silly or corruptive. I've heard them all.

It's the 'Jones Effect' from the way I see it. When I've asked women why they wish to get married, their usual response is "Because I want to get married."

Upon further investigation, if a single woman's circle of friends is shrinking she will feel as though their missing out. So their reasons for wanting to be married are conformist at best.

It's crazy the amount of pressure women face and how they are looked at if they are still single by a certain age. Usually this pressure starts mounting after 27.

Society looks at them as defective models and because of this they often feel that way.

It's like peer pressure for them and they'll dismiss this because they haven't figured out their own motivations for wanting to get hitched.

I don't know about you but it would seem to me that the onus is on women to sell us single men on the benefits of marriage, to them.

There's got to be a clear benefit and it has got to be for more than pussy.

As I gathered from a little research there are none 'legally' speaking. It is suggested that you do your own research, and investigate if marriage is right for you.

What is the purpose of Marriage?

Keep an open mind and follow me as I go through this example closely.

From Dictionary.com The definition of Mar-riage: 1) a. the legal union or contract made by a man and woman to live as husband and wife

Perhaps you didn't know this but more couples today are co-habiting. It makes more sense as marriage does not.

What does marriage guarantee?

Why does commitment and the love two people share need to be legally recognized by the state?

Upon closer inspection it has nothing to do with any of this. Some say marriage is just a piece of paper, a legally binding contract with a few character flaws.

Being in the casual dating scene for a while now, I've observed head scratching behavior, from both sexes. Marriage whether you're religious or not does not and cannot control human behavior.

Human behavior is the one variable in this equation that makes marriage seem like a trap for man.

Here in the united States, a look at divorce statistics and the number is over 50%, more than 2/3 of divorces are initiated by the woman.

It shows that Marriage does not prevent someone from falling out of love, leaving, or infidelity because these are human behavior problems.

So again what is the purpose of Marriage for a single man? It would appear that we have much more to lose than women do. Marriage contractually binds one and restricts his sovereignty. This doesn't make any logical sense unless a man is a glutton for punishment.

I've had married friends try to convince me by making weak arguments such as "We all do things that don't make sense" or "Man, just go on and get married!" For what?!

I fire back with questions such as why and what was the benefit for them, they couldn't directly cite one. It's fascinating that they would make such a suggestion without laying out how marriage has at least benefited them. When you ask this of women, you'll get stuff such as kids, family, and yada yada yada.

This is fine and all but to say that Marriage is the prerequisite to facilitate love and bear children is just childish, hence all the single parents out there.

You don't need marriage for love, or to have kids. The online dating scene is riddled with single mothers some of them with children by multiple fathers yet marriage is the ultimate goal for them.

Closing points to walk away with

If you really think about it, if women want marriage shouldn't it be spelled out in clear terms what they hope to acheive through marriage?

Shouldn't we as men know clearly what the benefits in terms of marrying them will be for us?

From my perspective, Marriage is a dying institution and its not hard to see why. It would be easy to blame them but there is fault on our part too which will be covered in part 2 of this discussion but I do not feel it is up to us men to save it.

It should be up to women because they are the main benefactors of the marriage agreement.

Even older people will tell you marriages founded on love are not a good enough justification for marriage. So why are women continuing to make it a requirement to be married?