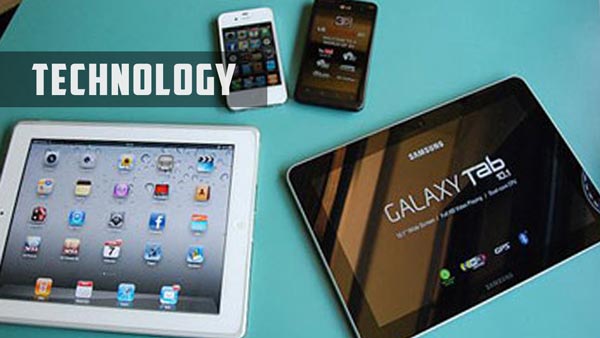 Since the early days of the world wide web, the internet has undergone several technological advancements. A few of these changes are great because they present us with more options. They also enable more convenience.

In this post I want to dig into the question: "Has 'SMART' technology made people smarter"?

For this I will incorporate articles from around the web that might leave that question in question.

I remember fine and well when it use to be the norm to get a girls number, pick up the phone and call her. Then when cell phones came out this changed to texting. Texting became sexual and termed 'sexting'. Now we have smart phones and all kinds of apps which help us to keep in touch with one another. This is great because this has increased the chances of people meeting and forming relationships or getting sex.

Apps, short for applications such as Tindr, Grindr and the POF app have enabled us to be mobile and meet people on the go. Apps have also lead to the increase in ways to discriminate against others.

A day can fly by when you're constantly connected to the networks and people you want to associate with but it would appear that many confuse this with being busy. I would point out that all this new technology has enabled people to become highly distracted and less focused.

Is It Making Things Better?

It would appear so, but given the fact that all this technology from smart phone to tablet to now wearable's is actually cluttering up people's lives and creating new complications.

Take for instance the numerous dating apps that exist. You can meet anyone at anytime and talk to them in real-time. This is a great thing but the negative side of it leaves this question, "Are people actually getting to know others better?"

With apps like NameTag® you can scan a persons photo and match it in a facial recognition database. From this, one can glean info on an individual that would normally take months or years to acquire.

You can find out right now, if someone is married, has an outstanding parking ticket and any number of miscellaneous points-of-data. All this data however has some drawbacks. People are beginning to confuse data, referred to as points-of-information with getting to know a person. I disagree with this assumption.

How About Social Networking?

Social Networking can be a great tool to keep in touch with family and friends. The problem with keeping touch with others comes at the cost of privacy.

Today's technology has opened the doors to fraud, identity theft, hacking and a host of other problems we just didn't hear about years ago. Not a week goes by that some app's been hacked exposing email, phone number, address and more leaving users vulnerable.

Remember when Myspace was the place, well now there's facebook and other places. It has almost become a requirement for you to have a social networking identity. Where as before you could largely meet people and still enjoy anonymity. Now people are being forced to use their real names just to use the free services provided by the likes of facebook and Google+.

I'm not against the usage of real names but I am not for the idea that it be mandatory. Looking for work? Now you're required to hand over your social networking profile password so a potential employer can see what kind of person you really are.

The broader implications of this are combining social networks with real names + facial recognition and you have a recipe for cyber stalking. All of these networks ask you for as much information as possible, then turn around and sell that data for $$$.

What do you get in return? Nothing except 'Thank you for providing your information and contributing to our network for free'.

How Has Social Networking Changed Dating?

It's changed the way we communicate. Instead of someone asking where you live, they can just go right to your profile and find out.

Instead of asking what kind of music you like, they just go right to your profile and find out.

What did you do over the weekend? Instead of asking you and striking up a conversation they can go right to your profile and find out.

People don't want to ask questions anymore and now that people are happily providing tidbits of information about their comings and goings the mystery is gone. The mystery is a force and if used properly can be a tool of attraction.

Social networking and online dating has reduced today's relationships to ephemeral episodes that end just as fast as they began.

For the Record, I'm not a Luddite and I think technology can be great tools when used in moderation. At the current pace of innovation, the day technology comes out it's already obsolete or ready to be replaced by the next new thing. All of this has lead to people collecting more digital junk that has become the two way mirror on their life.

How do you feel about today's technology, it's usage and convenience it provides? Let me know down below!