To Fit In or Fit Out? That Is The Question... 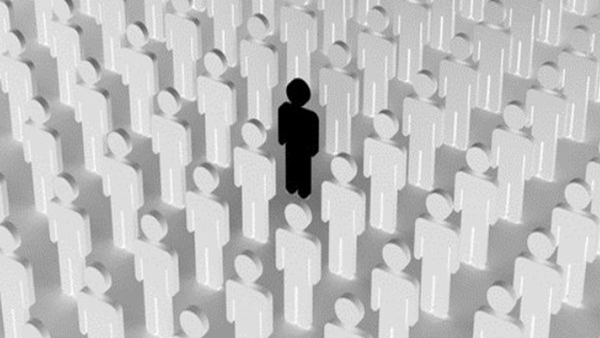 "If a man does not keep pace with his companions, perhaps it is because he hears the beat of a different drummer."

I like that quote because it says so much about a man such as myself and others like me who are sort of off beat. Being off beat is something I have struggled against much of my life until I grew to appreciate it.

It's like growing into a set of shoes that are too big for you to wear. I become appreciative of it after I gave up and quit fighting against it. When I accepted my awkward off beat nature, it became a major breakthrough for me. You may not be awkward but the point is to accept who you are.

Many claim to be different but the truth is if you are there's no need to point this out to others. Those with matured senses will be able to detect it and may point it out to you. This has occurred for me in my dating life. Being different use to be something to take offense at until I began to understand why being different is a great thing. You see being different is being original, as there can only and ever be one you.

Today we live in a world full of clones, copy cats, imposters whatever name you want to call them. The scene is littered with these non-individuated types and when someone different comes along they really stand out from the crowd. Being different is like being that bright hot orange Lamborghini against a sea of grey Honda Civics. It's attractive and admirable.

So understand as you're developing yourself to become a better self, you don't have to be like everyone else. You only need to be like you.

March to the beat of your own drum and toot your own horn because that's what makes YOU unique. Hanging out with your clique and doing shit for acceptance may work for a time but in the end it works against you. You don't need anyone's approval, in fact the only persons approval you need is your own!

When you start to accept yourself and all your flaws, shortcomings, and misgivings a miraculous thing happens... the world becomes a peaceful place again. The birds start singing, the bee's start humming again, the anger and high blood pressure dissipate. People even smile at you and wave hello.

So in closing out this short post, be kind to your self, respect your self, love your self with all your quirks and flaws because if you won't, how can you expect anyone else to? Forget fitting in, fit out! Peace Out!

"I told him, 'Son, what is it with you. Is it ignorance or apathy?' He said, 'Coach, I don't know and I don't care.' "
— Frank Layden, Utah Jazz president, on a former player