Miss Representing: Why I Can Excuse and Forgive Rachel Dolezal's Transgression 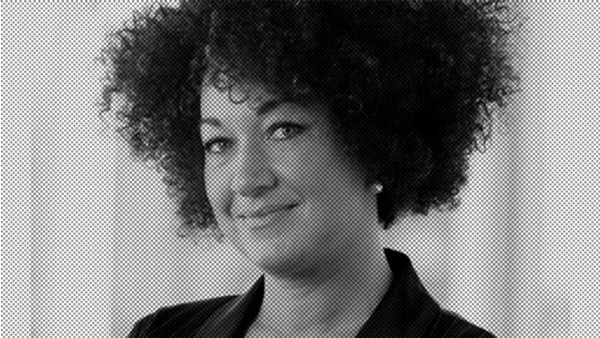 Honestly, I can forgive Ms. Rachel Dolezal, as twisted as her story is I'll share with you why we should all forgive the transgression.

For years I've misrepresented myself to women. I always felt like they couldn't accept me for the person I was. Plus from my experiences, it seems that women don't chase after intelligent men the same way they do men with character flaws.

It appears intelligence isn't even a primary deciding factor.

Keep in mind, we're talking about women who usually hook up with men as opposed to dating them.

I've always been a spectator who watched attractive women (from my standard of attractiveness) time and time again choose the wrong men. They were attracted to the losers and the crazies.

I grew frustrated wondering what attracts women? I began to doubt myself because female friends always told me I looked decent and that I was cool to be around but when it came to getting play, I often found myself getting played.

What I saw happening

I saw women hooking up with men who I considered inferior to me. Why? Because they had little to no ambition and were doing a fraction of work I was willing to do just to get noticed by somebody. These guys were, if you will, total opposites of my steady eddie-ness.

You'd think women would be smarter about the men they are attracted too. This just isn't the case, at least until they've either become knocked up and abandoned or they have one too many failed relationships. Then the light-bulb goes off and their brains begin to utilize the faculties of thinking... well, sometimes.

Before getting to that point though, women operate in the realm of their feelings. They move by what they feel and this is something I did not grasp until some time later.

So what did I do?

After smashing my head into the proverbial brick wall enough, I upped my game. I became interested in the science of physical attraction. Instead of listening to what was being said, I began observing what was happening.

From the perspective of my old self, this was considered dumbing-down.

From the perspective of my newer self, this was doing what needed to be done to get what I wanted. Hey, if what I was doing before wasn't working, it was time to make adjustments right?

What I wanted may not have always been clear but that's a topic for another story another day.

I'm just a man like many men, who wanted attention from females with the hidden desire to be loved.

Tying this all together

I don't know why Ms. Rachel Dolezal misrepresented her racial identity. I can only speculate as to why. Perhaps she felt it was what her role called for to reach the people she was serving or she hated her true identity, and really wanted to be something she wasn't. So who knows???

On a dating site right now, some man is misrepresenting his height, money and status.

A woman is wearing make-up(fake-up), hair pieces, showing her boobs and ass misrepresenting her true appearance or identity to get YOUR attention.

I myself have misrepresented my intelligence and height so I could appeal to a greater number of women. My goal, while narrow and shallow was simple, I wanted to enjoy a few hoes in this lifetime. Don't judge me...

So you see, on some level we all have a slight problem with misrepresenting some aspect of ourselves.

As for Rachel Dolezal she's not the problem. In fact, it's a national distraction diverting attention from a larger pressing political issue such as corruption and politicians passing themselves off as working in the interest of the American people. Despite doing the total opposite.

Anyway's this whole situation reminds me of this funny ass movie I seen from the 80's, check it out!

I'm just sharing with you my opinion on the matter. Now that I've been honest with you about how I misrepresented myself, can you honestly and anonymously share something you've misrepresented about yourself in the comments below?