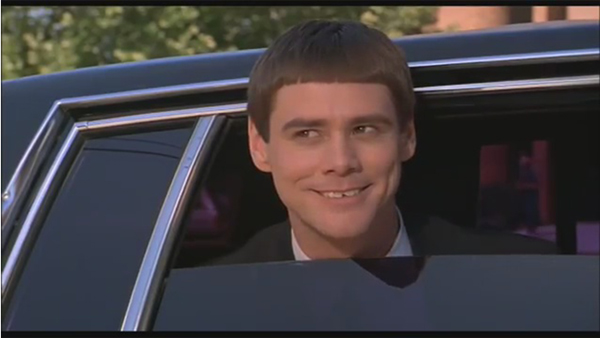 I always hear people say that online dating doesn't work for them. I always venture to ask why? This question usually generates a raised eyebrow face look of "Why did you just ask me that?"

You're going to hear me repeat this often throughout many of the articles here so just be prepared for it. Never be afraid to ask questions and questions lead to answers!

It took me a long time to get to that level of maturity. I always felt as though asking questions made you look stupid but the opposite is actually true. Going back to this whole thing of your approach, some of you may not realize that the reason you're receiving such high rates of rejection have to do with your approach.

What's the difference between the offline and online world? Nothing really, but to be more technical one is actual while the other is virtual. Now that we've established this as our foundation for understanding, lets go a little further with this.

A bad conversation on the other hand, can feel forced, awkward with a bevy of one word responses. At this point, the conversation is safe to say, a lost cause.

To fix or not to fix, that is the question

Some of you feel as though, you're fine just the way you are. You might feel as though you don't have a conversation problem but if this were the case, your approaches would succeed more often than they failed. This is not a gender specific issue either. Women have poor conversation skills too. They don't think themselves to be or have a problem because they don't see themselves as having a problem. And that's the whole problem right there, not thinking that a problem exist!

I am always asking, after a failed conversation or approach opener "how can I improve this so I can minimize chances of this occurring again?" Asking questions leads to answers!!

Each situation varies, in fact there are factors and variables to consider without getting too deep in to the technical aspects of this, your approach makes or breaks whether your advances will succeed or not.

How your approach works on dating sites

On dating sites you want your approach to be natural and as concise as possible. No one wants to read some long copy and paste message that sounds both mechanical and like it was crafted by a Nigerian scammer. That's what they do best so leave that to them.

If that's what you're doing, then that could be a reason you're not getting any where near the responses you think you should be receiving. That's another thing, your expectations, but we'll talk about that in another article.

Back to the lecture at hand...

Consider your approach. If what you're doing is not working, then examine what's not so you can work on improving it. This is about getting better and you can do it!

A few typical mistakes made in bad approaches

Now I'm just giving a couple that I've figured out through my own adventures. And the solutions to these are simple, slow down and pace yourself. When you talk to  a person, chit chat with them casually, don't ask too many questions unless it's something that requires clarification for your understanding.

Instead of a copy & paste messages (which women are catching onto because they receive so many) craft an original message utilizing information mined from her profile, details in her photo's, or interest list if the dating site has one.

As I told you to slow down earlier, use information as something you want to share but not until they've become interested in knowing more. You can gauge this by the fact that you're being asked questions or they're providing input (participation) in the conversation.

Something to consider before closing

Now take this information that you data mined and apply to online dating with a few tweaks. A good conversation, is one that's engaging, contains laughter and participation from both parties. Icebreaker are effective, one liners are too, even a simple 'Hello, how are you doing this evening' is better than a one word response like 'Hi!'

Remember, It's always the other persons choice if they want to talk to you or not and it is your approach that could determine that. Never give up!