Craigslist Ad: Re: Men in the XXXX Suck! 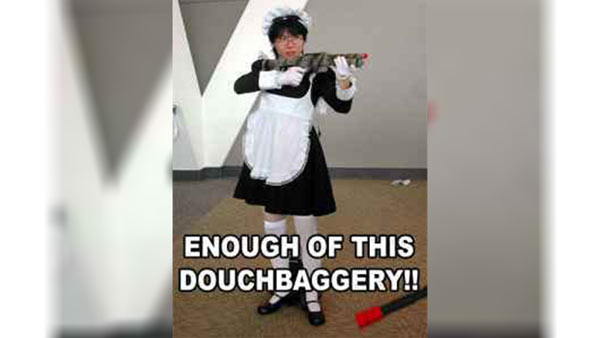 I agree with you. I see a lot of Douche Nozzles with their "trendy" clothes on, or pussy ass tattoos. When I see a guy with tatttos, I don't see strong character. I see a guy who got something to make himself feel tougher because he lacks in the manhood department.

In fact, a lot of Men lack in the Manhood department. you want to find some good men, you might find them in the Military. try some Marines. Look, this is coming from a guy. I'm not saying you're gonna find a Gem, I know Soldiers can be retards when it comes to women - but I guess it depends on how he was raised. but don't take my word for it. I'm just saying a guy man enough to go to IRAQ and risk his life for the sake of his country might be worth getting to know. Plus most marines stay in shape. Can't say I really respect anyone else.

Cops might be good men for ya, but most of them are fat paranoid cowards who use excessive force. Firemen might also be a wise choice, but I don't respect those overpaid assholes. I know, I'm a dick, right? - Nah, firemen are cool, as long as they stay busy. Again, though, most successful young men have more talk then walk. Big egos. Drive their fancy cars, and think it's cool to treat women like shit. It's confusing times. You gotta be a real person up front 100% and so does the woman. There are a lot of single people out there that want love but are too proud to admit it.

I can't really say much for everyone else though. I feel your pain. I'm trying to be the best man I can be, but it's hard when you're broke; so I stay out of the dating scene. Focus on getting my life back together. I'm not gonna go out and get a bullshit tattoo, or a Fow-hawk, or some bullshit set of clothing, and bullshit cologne, and go to a bullshit club, and give a bullshit line. I'm sure there are plenty of desperate horny girls out there that are taking what they can get.. but are not satisfied because behind all the machismo is a douche bag with no character or heart.

I really think, women and men need to drop the Ego acts. The shit is getting old. You guys are all watching too many episodes of the Hills, Jersey Shore, or whatever spoiled cunt reality show they got out there. I honestly think when two people lose their Ego, and express what they want honestly, without fear of rejection, and patience, a relationship can form. until then it's a bunch of one night stands and flings after another. Why don't ya'll hold off on the sex and get to know each other.. dig it? Maybe not.

Also depends on the kind of person you are. If you're a loud mouth jackehole who likes designer clothing, you might need to find a Loud-mouth Guido jackhole to date. Then you can pro-create and make loud-mouth jackhole kids. Different strokes. Hope we can get off this plane of superficiality and more realness can come out. Cuz I tell you what, this State is a peice of shit in the character department. Maybe we can learn a few tips on Realness from the people in New York. You know, we need more genuine people. Tired of people prepping themselve for exterior lives. it's boring. It's old. It's artificial.

And this might shock you.. Example - KAT VON DEE. What a fuckin' peice of shit this person is. don't tell me she's sweet. Don't tell me she's cool. the bitch is screaming "I NEED ATTENTION" - "I'm INSECURE" - I mean, just look at her. Her only redeeming quality is, she can draw. She can take her wardrobe, tattoos, and money and burn in hell for all I care. And I mean that in the most sincere way. That was just an example. You can't candycoat insecurity with Tattoos, make-up and leather. It's just too fucking obvious.