Which One Best Describes You: Easy Target or Hard to Get? 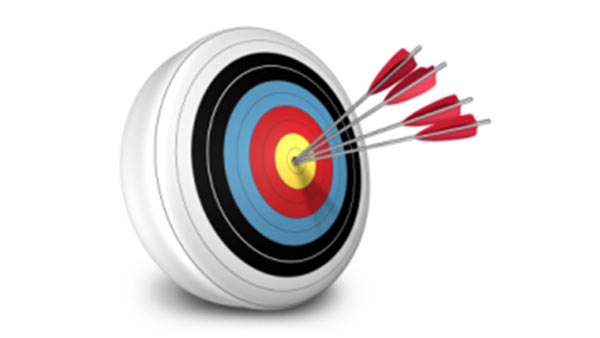 So what's your excuse for being single, is it any of the following?

We've heard all of these excuses and you know what they say about excuses right? Well if you haven't heard the saying, it goes a little something like this:

"Excuses are like assholes, everybody has one and they all stink!"

Don't get it? Perhaps you're hard-headed so it may take longer to sink in. Don't worry you will eventually get it.

What's all this easy target stuff about? Well, you might think men are pretty stupid but they're actually smart enough to have a good idea of who's loose and who ain't. Hunting is not hard, and even the average man could spot weak prey. We're not suggesting you're weak in any way but with online dating, certain pictures, headlines, and profile messages tend to communicate all the wrong things about a person.

Perhaps you were posing in front of a mirror or showing a little cleavage from an overhead shot (top-down) photo. You might have thought it was harmless and you were just showing off your feistier side. Little did you know it set off bright neon lights screaming 'Ho' Alert!' Men don't view things the same way women do so you might have set yourself up to be taken the wrong way.

Perhaps you knew or maybe you had no idea. That's a question you'll have to ask yourself.

Women who are easy targets vary greatly across the spectrum of applicable daters.

Just to give you an idea, here's a list of 4 easy targets:

Are you on this list? If you are continue reading...

A booby shot might not be the ideal photo for you. What works for that young skank might not be the ticket for you. If you fall into one of these three categories, try a classic look or include more action-oriented photos along with a well-written ad describing yourself.

Your representation means everything.

Believe it or not, there are men out there who do actually read what you have to say about yourself. This is why including your interest helps to attract like-minded types. Last but not least don't allow yourself to succumb to desperation, online dating is a game of patience and the one with the most patience wins at the end of the day.

Just because you fall into one of the four categories above doesn't mean you have to be an easy target for no one.

The opposite of the Easy Target is the woman who's Hard to Get. She's mysterious, speaks little, hard to keep up with, and has men jumping at the opportunity to court her. She might use cleavage shots or be divorced and have more than one kid.

What's her secret for being considered 'Hard to Get'?

Attitude. She carries herself in a way that differentiates her from the girl that's an easy target. The man sees her photo but in his mind 'there's just something about this one he might say, indicating that she's different enough to adjust his approach and come correct.

She has allure and may actually say something that makes the reader want to respond and dig a little further.

Playing Hard to Get doesn't mean being bitchy or rude. A woman who's hard to get is capable of dazzling a man's senses beyond his sexual appetites. This appealing aspect is just one of her many talents, she's more than just another piece of ass. She's not a pushover and doesn't allow men to walk all over her. She's a challenge that's fun and keeps a man wanting to come back for more.

If a man comes back for more but he never takes you out and all you do is fuck, you've become a stand-by. A woman who's 'Hard to Get' is never becomes someone's stand by.

So which side are you an Easy Target or that Hard to Get female?